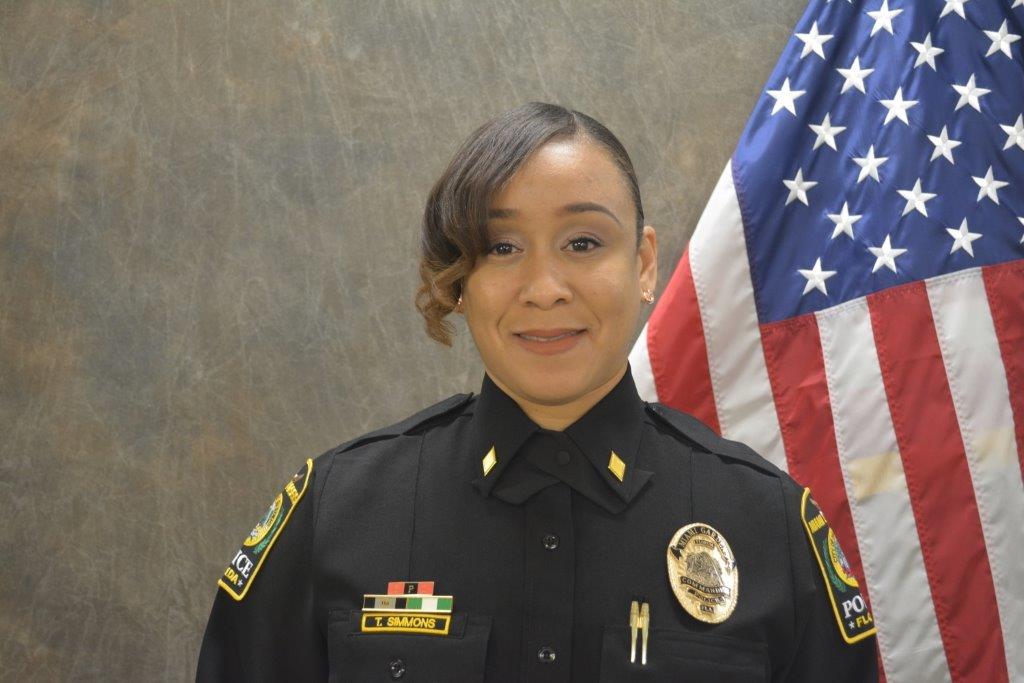 Major Talibah Simmons is a twenty-two (22) year law enforcement veteran who joined the Miami Gardens Police Department (MGPD) in November of 2007. Before working at the MGPD, Major Simmons was a Detective with the Florida Department of Financial Services and a School Resource Officer with the Miami-Dade Schools Police Department. Major Simmons has served the citizens of the City of Miami Gardens with integrity and pride in many capacities within the Department.  She was assigned to the Operations Division from November 2007 until October 2008.