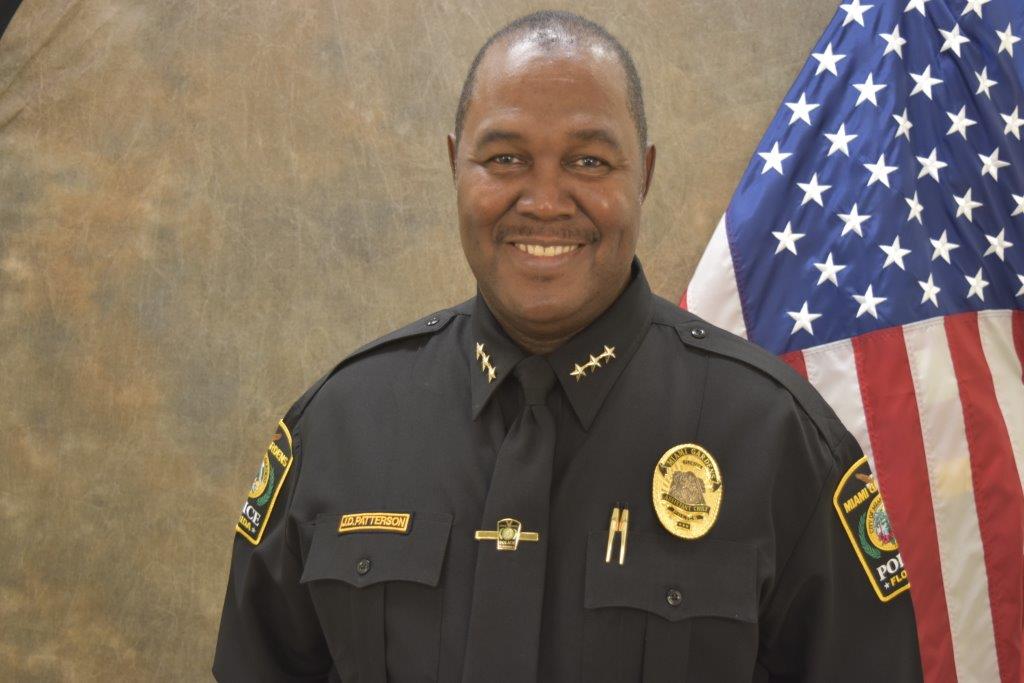 On June 26, 2017, the Miami Gardens Police Department hired Assistant Chief JD Patterson. He served with Chief Noel-Pratt in the Miami Dade Police Department during her entire tenure, helped shape, and develop the leadership skills she now displays as our first female Police Chief.

In February 1, 2016, J.D. Patterson retired from the Miami Dade Police Department (MDPD) after serving as its' Director from February 2013. He led the largest local police department in the Southeastern United States and the ninth largest in the nation, providing law enforcement services for more than 2.4 million residents and visitors, with an annual budget of over $526 million, staffed with over 4,065 dedicated sworn and non-sworn personnel.

Assistant Chief Patterson has been a law enforcement officer for over 32 years, serving since 1985. He started his career as a road officer in the North and South ends of Miami Dade County, serving two years as the Community Policing Commander, in what was then called Carol City, under the leadership of Major Aaron Campbell. Assistant Chief Patterson has investigative experience in Auto Theft, Internal Affairs, General Investigations and Sexual Battery. He has experience in administration, support, patrol and legislative affairs. Prior to becoming a police officer, he spent four years in the U.S. Air Force.

A lifelong Miamian, born, raised, educated and nurtured in Brownsville, Assistant Chief Patterson holds a special relationship with this community, concerned about the welfare and safety of all people. He serves as a mentor in the 5000 Role Models of Excellence, is on the State Financial Emergency Oversight Board, and on the Agape Network's Board of Directors. He looks forward to serving and leading the professional officers of the Miami Gardens Police Department. Mutual respect and honor are the hallmarks of his career and a quality he plans to have officers uphold and deliver.

Assistant Chief Patterson has been married for 32 years, is the proud father of two lovely young ladies and a licensed Minister at Mt. Sinai Baptist Church.